St. Lucia is a stunningly beautiful island located in the Eastern Caribbean.  While today it is a haven for travelers from around the world, it has a rich history dating back to at least 200 AD, when it was known as Louanalao, or Island of the Iguanas to the Arawak Indians who inhabited the land.

​By 800 AD when the Carib Indians began assimilating the island, the name was changed to Hewanorra- a name that today serves as the name of the island’s primary airport.

St. Lucia is a land of deep tradition, and if you’re looking for a truly immersive experience (or just a fascinating read), we have the scoop on the island’s traditions, culture, food, and more.
​St. Lucia Today
​Because of its diverse history, St. Lucia’s culture is a hodgepodge of many cultures.  Carib traditions still remain strong, as well as a variety of traditions from African cultures that were adopted during the island’s colonial period.  Dutch, French, and English cultures also helped shape the culture of St. Lucia, giving it a unique culture all its own.

​St. Lucia works hard to keep its history alive for young people and travelers to learn about and experience, which is why sites such as Vieux Fort’s Old Town and the Arawak archaeological sites are open to the public.

Thanks to a diverse and exceptional culture, St. Lucia manages to keep the history of its ancestors alive.
​Cultural Festivals in St. Lucia Bring the Past to Life in the Modern Age 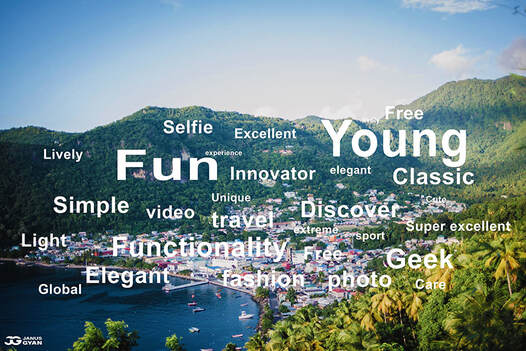 ​With such a diverse cultural tapestry, the people of St. Lucia always have something wonderful to celebrate.  Parades, festivals, and events are a big part of local life, with travelers welcomed to join in on the fun and festivities.  Saint Lucia Carnival, the summer festival held in June and July in Castries, is perhaps the biggest event on the island.

​With parades, concerts, and street parties as well as residents in majestic costumes, the event evokes a feeling of being at Mardi Gras in New Orleans, with much culture everywhere you turn.  The festival offers a look at both traditional St. Lucia clothing and elaborate wear that might have been seen on royalty or at big social events during historical periods.

The island also plays host to an annual Arts and Heritage Festival in October as well as August’s Roots and Soul Festival and the annual St. Lucia Jazz and Arts Festival, which is held after Easter.  Gros Islet is also home to Friday night street parties that offer a delightful combo of music, excitement, and culture.
​Even St. Lucian Food Is Steeped in Tradition
There are many traditional St. Lucia foods that are as much a part of the island’s culture as the clothing and the colonial homes and fishing villages.  Green Fig (bananas) and Saltfish is the island’s national dish, and French and Creole cooking is a big part of the island’s culinary landscape.  Callaloo Soup is made with local leafy greens, while a stew called Pouille Dudon features treacle, coconut, and chicken.

​St. Lucia’s Rum and Food Festival is a great time to visit if culinary adventures are something that interests you, as some of the best chefs on the island gather to prepare an array of cultural dishes alongside concerts, parties, and- of course- rum tastings.
​St. Lucia Culture and Traditions Make Life on the Island Wonderful
​As with any nation, the culture and traditions of St. Lucia are a large part of what makes the island so wonderful.  Sure, places like The Pitons, Sulphur Springs, and Sugar Beach are an integral part of life in St. Lucia and the tourist industry, but what keeps people coming back to St. Lucia year after year is the people themselves.

​The island is home to many of the friendliest people in the world, people who are proud of their cultural heritage and happy to share it with travelers from around the glove.  If you are looking for a cultural experience mixed with some of the best natural sites in the world, St. Lucia is ready and waiting to welcome you!

​While traditional St. Lucia clothing is considered out of fashion for everyday wear, the style, known as Wob Dwiyet still makes an appearance during cultural events.  Popularized in the French West Indies in the late 1700’s, Wob Dwiyet consists of a Dwiyet, or full length dress with a long trail and narrow sleevels as well as a Tete Case, or folded headpiece, a Foulard, or scarf that is attached to the Dwiyet, and a long petticoat decorated with ribbon and lace.

​Traditional St. Lucia dance styles are folk in nature.  From folk waltzes to polkas and more, St. Lucia has a number of beautiful traditional folk dances.  These dances can be seen in all their splendor during the island’s music festivals and street parties, often performed by island natives in traditional island dress.

​While St. Lucia Religion is primarily Roman Catholic, there are also Protestants such as the Seventh-day Adventists.  Some 90% of the island practices Christianity, and the island is home to many beautiful churches.

​St. Lucia Festivals are a sight to be hold.  The biggest is the St. Lucia Jazz Festival, which has brought in major music acts from all around the world.  There are also smaller festivals ranging from Carnival and Saint Lucy’s Day to the street parties every Friday night in Gros Islet.

​The St. Lucia people are some of the friendliest and most richly cultured in the world.  St. Lucians are primarily of African and Afro-European descent, with their culture having been shaped over the centuries by the nations that attempted to gain control of the island.  St. Lucia’s people have a diverse and unique culture and are known for being kind and welcoming to travelers.

​The St. Lucia lifestyle is rather idyllic and brings in people from around the world.  With excellent infrastructure in terms of healthcare, education, and more, St. Lucians are hard-working, yet the climate and natural amenities of the island also lead to a more laid back lifestyle "Island Time" than one might find in a place such as New York City.  Life in St. Lucia is unique many global expats choose the island for its perfect way of life.

​While the official St. Lucia language is English, which is spoken by the vast majority of the population, a large percentage of the island’s population also speaks St. Lucian French Creole, or Patois.  Patois is a beautiful language, and visitors are encouraged to learn to say basic phrases in Creole.

​The St. Lucia Flag is light blue with a small golden triangle in front of a larger black triangle with white edges.  The flag is actually quite interesting, as the triangles represent the iconic Piton Mountains that helped make the island famous, while the blue represents the Caribbean Sea.

​The official St. Lucia currency is the Eastern Caribbean Dollar, which is valued at just over 1/3 of the US Dollar.  The island’s banks, as well as centers at Hewanorra (UVF) and George F.L. Charles (SLU) Airports offer currency exchanges for travelers who need to obtain ECD.

St. Lucia’s location is in the Eastern Caribbean.  The island is situated north/northeast of St. Vincent, south of Martinique (which can be seen from Pigeon Island), and northwest of Barbados.  Its Caribbean location lends itself to a near perfect climate that makes it suitable for travelers year-round.